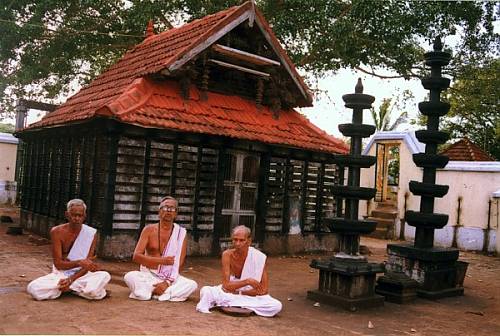 The Vedas comprise a vast corpus of Sanskrit poetry, philosophical dialogue, myth, and ritual incantations developed and composed by Aryans over 3,500 years ago. Regarded by Hindus as the primary source of knowledge and the sacred foundation of their religion, the Vedas embody one of the world’s oldest surviving cultural traditions.

The Vedic heritage embraces a multitude of texts and interpretations collected in four Vedas, commonly referred to as “books of knowledge” even though they have been transmitted orally. The Rig Veda is an anthology of sacred hymns; the Sama Veda features musical arrangements of hymns from the Rig Veda and other sources; the Yajur Veda abounds in prayers and sacrificial formulae used by priests; and the Atharna Veda includes incantations and spells. The Vedas also offer insight into the history of Hinduism and the early development of several artistic, scientific and philosophical concepts, such as the concept of zero.

Expressed in the Vedic language, which is derived from classical Sanskrit, the verses of the Vedas were traditionally chanted during sacred rituals and recited daily in Vedic communities. The value of this tradition lies not only in the rich content of its oral literature but also in the ingenious techniques employed by the Brahmin priests in preserving the texts intact over thousands of years. To ensure that the sound of each word remains unaltered, practitioners are taught from childhood complex recitation techniques that are based on tonal accents, a unique manner of pronouncing each letter and specific speech combinations.

Although the Vedas continue to play an important role in contemporary Indian life, only thirteen of the over one thousand Vedic recitation branches have survived. Moreover, four noted schools – in Maharashtra (central India), Kerala and Karnataka (southern India) and Orissa (eastern India) – are considered under imminent threat.